Steven Taitz, one of the founders of the firm, is Managing Partner. Although raised on Long Island, Steve left the area to attend Johns Hopkins University, followed by University of Miami School of Law.

Steve caught the trial bug early on in law school. He started his career as an Assistant State Attorney in Miami and had worked his way up to Felony Division Chief before being lured back to New York by family in 1989. Here, he concentrates his practice in state and federal litigation, commercial litigation, criminal court matters, commercial transactions and maritime law. While a trial lawyer at heart, Steve knows that the best way to serve his clients is to listen hard and give wise counsel as to when to litigate and when to compromise. Steve prefers working with his clients rather than just for them.

He also works hard to give back to the community. He is the President of the Rotary Club of Patchogue, a Director at Brookhaven Memorial Hospital Medical Center, a Director of the MacArthur Business Alliance, a member of the Board of Directors of the Bayport-Blue Point SEED Foundation, a former Trustee of the Bayport-Blue Point Library, a participant in the BrookhavenYouth Court, a volunteer for Camp Pa-Qua-Tuck special needs camp, and legal advisor to B’nai Israel Temple in Oakdale.

Professionally, Steve holds an AV rating from the Martindale-Hubbel Peer Review Ratings and has been designated a Super Lawyer in business litigation by the New York Law Journal. He is a member of the American Bar Association, a former Director of the Suffolk County Bar Association where he previously chaired the Criminal Court Committee and the Multi-Disciplinary Task Force, and was a member of the Federal Court Committee and the Judicial Screening Committee. He is a past Director of the Suffolk Academy of Law and a member to the Commercial Law League of America.

All of the foregoing responsibilities notwithstanding, Steve still manages to get out on his boat and enjoy some of the simple and special pleasures of life on Long Island. 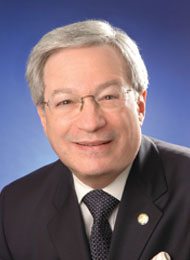 Lester P. Taroff has dedicated his career to serving creditors. As a young lawyer, he struck up a conversation with an attorney who did collections work, it piqued his interest, and the rest is history. Lester has now been a member of the Commercial Law League of America for 41 years and has sat on various of its committees, as well as the Eastern District Executive Counsel, of which he was Chair from 2014 to 2015.

He served on the League’s Board of Governors from 2015 to 2017. For ten years Lester held the position of Vice President of the Commercial Lawyers Conference of New York. He is the consummate lawyer’s lawyer.

Lester heads up the firm’s Collections department. His practice includes commercial debt collection, litigation, and judgment enforcement for creditors from around the country (and occasionally abroad) who are owed monies by New York defendants. Les works with New York creditors who are owed debts by out-of-state debtors through his wide network of colleagues in the Commercial Law League of America. As the founder and former Chair of the Suffolk County Bar Association’s Creditors’ Rights Law Committee, Les is a frequent lecturer on creditors’ rights issues.

Les is a graduate of Long Island University and Brooklyn Law School and was admitted to practice in the courts of the State of New York in1972. He is also admitted to practice before the New York Federal District Courts, the United States Court of Appeals for the Second Circuit and the Supreme Court of the Untied States. 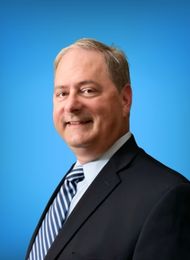 John J. Ricciardi is of counsel to the firm and concentrates his practice in commercial litigation and general civil practice. John joined the firm in 2020 following twenty-five years of litigation focused on representing large institutional lenders regarding their residential mortgage default portfolios. John was one of the first attorneys to conduct a “bad faith” hearing regarding an alleged violation of CPLR Rule 3408. John was also one of the first attorneys to regularly conduct the recent waive of residential foreclosure trials.

In addition to his trial skill, John also has experience in motion practice and has been successful on multiple appeals.

John resides in Blue Point with his wife Kimberly and their two children. 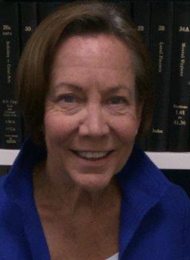 Linda D. Calder is of counsel to the firm and concentrates her practice in commercial litigation and general civil practice. She joined the firm in 2003 following six years of general practice in Riverhead and fifteen years of litigation practice in Manhattan.

In addition to her general practice skills, Ms. Calder brings to the firm her considerable background in pretrial discovery, motion practice and appellate work. She was senior law clerk to the Honorable Constance Baker Motley during Judge Motley’s tenure as Chief Judge of the United States District Court for the Southern District of New York. Ms. Calder has represented individuals, small businesses and giant corporations in everything from residential real estate closings to multi-defendant tort cases.

She resides in Westhampton.